Have you ever felt a Kundalini?

Home Have you ever felt a Kundalini? 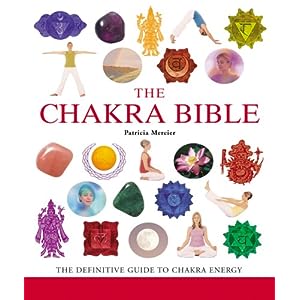 In the Chakra Bible by Patricia Mercier, there is this fascinating reference to Carl Jung and the Spiritual Orgasm, which is called a Kundalini. As we come to the end of our Logical Smart series around Spiritual Intelligence (and preparing some great stuff for the next theme of Self-Awareness), this felt like the perfect tie in. Carl Jung is a pioneer in the field of psychology, whose theories (such as introversion and extroversion) still influence us today. At one point in his career, he took up interest in the flow of energy, and this sense of Kundalini.

For him, it was a model to connect to the higher conscious – a “transmutation of the body and spirit together.”

Being aware of your “chakras” is part of SQ. That is to say, you are aware of the flow of energy through your body. Like the circulatory system or the blood system, energy is moving from A to B all throughout your body. So following this idea, the Kundalini is when your chakras are open, flowing and without any obstruction.

Chakras are psycho-spiritual centers in our energy channel and are characteristic of Eastern medicine practiced in India and China for 10,000 years. An energy channel is called a nadi in yogic terms and includes 72,000 channels in our body but only three that are considered main channels. In Chinese medicine, there are also many channels of energy, and though the number differs, the concept of channels remains the same.

Chakras connect to our emotional self-awareness. This includes the ability to differentiate between subtleties in our own emotions while understanding their cause and the impact they have on our thoughts and actions and those of others.

We have 1,000 chakras in the subtle body and seven that are considered to be primary.

Have you ever felt a moment of being connected, tapped into, every part of your body? Or your energy? Personally I’ve experience this at least twice, the most impressive moment being in 2003 after my partner Kelvin had passed away.

It was a hard time. I’ve written about that before. And after he was taken away so quickly by that heart attack, I was so concerned. Where was he now? Was he okay? And so I found myself one night laying in bed and asking him: “What world are you in now? Are you okay?”

And as I was focusing on these questions, I felt this sudden whole body embrace. It felt like this strong connection. There was a high piercing sense of notice and energy, and in that moment it felt like Kelvin was right with me. We weren’t in the bedroom but somewhere else. Somewhere of a much higher frequency with the piercing noise becoming stronger and stronger.

He was okay. I knew it in that moment. He was feeling that peace beyond peace. And, as I felt that wave of intense energy, I knew that it wasn’t a place where I could remain. It was a sensation to be felt, to wake me up to his presence, and then I was back in that bedroom, left with the simple knowledge that he was alright. Even though it took me quite some time to be alright without him, this was a very special experience, and comforting too.

Chakras are like the checkpoints along a highway of energy flowing through your body. Entire philosophies and systems of care (such as Traditional Chinese Medicine) have been built around this energy system. When that energy is flowing at peak potential, big moments can happen.

Have you ever experienced your own Kundalini? What did it feel like? What caused it? And did you know what was going on?

Stories are always welcome in the comments. Thanks so much for being open in reading my own story here on Sister Leadership.

Leave a reply Click here to cancel the reply

We're not around right now. But you can send us an email and we'll get back to you, asap.